In the center of a country that is awash with oil – and oil money – virtually all of Nigeria is in the grip of a perpetual power shortage.  Recent statistics indicate that the nation’s energy generation capacity is at most 25 percent of the current demand.  Although that is a horrible situation, the actual conditions are far worse, since those power plants are only operating at about 40 percent of capacity.  Outdated facilities, poor maintenance, and limited power distribution lines result in less than 10 percent of the country’s power needs being met.

Ironically, this huge oil producer (Nigeria is the world’s fourth largest producer of crude oil) is a prime candidate for alternative energy investment, especially in systems based on solar technologies.

In many part of this country, wind is unreliable. Here in the Sahel region (the semi-desert expanses just south of the advancing Sahara), one day the air is filled with wind-blown dust to the chocking point, while the next the air is as still as can be. So wind is a secondary option at best.

All of the power provided by the government-run electric utility serving most of Nigeria originates at hydroelectric plants associated with dams built on the rivers near the Nigerian capital city of Abuja. There appear to be no viable locations for constructing additional hydroelectric facilities, thus placing an effective cap on the amount of energy available to a growing population. As a result, as more people require power, less is available for each individual or business.

To make matters worse, the hydro-generated electricity must be transmitted long distances to reach outlying cities – in some cases, many hundreds of kilometers. Electricity is lost during transmission, further reducing the amount of power reaching customers.

Desperate residents spend their hard-earned cash on small generators and diesel fuel… in fact, the sale of small generators is one of the biggest businesses in this metropolitan area of up to 10 million people (nobody knows for sure how many people actually reside in Kano State at any given moment). 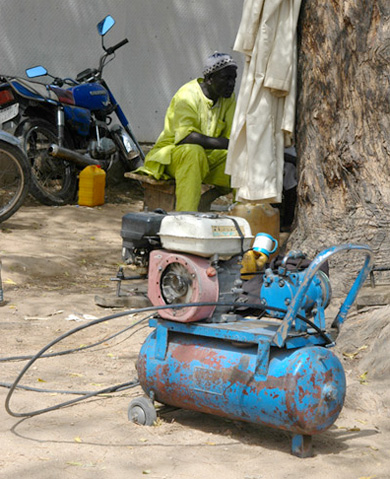 Businesses and Industry are hit even harder. Limited reliable power means that workers cannot work during the frequent lapses in power – which in most areas is the majority of the workday and most of the night hours. Productivity plummets, the cost of business goes up, and goods are expensive to produce.

The situation is so bad that virtually every business, industry, hotel, school, hospital, government office – in other words, everyone – now depends almost entirely on their own generators for power. This results in generators that go full-bore all the time, limiting the average life of most generators to about one – possibly two if they are fortunate – years of service. Since they operate at peak capacity, they overheat like clockwork, shutting down about once an hour, in my experience. In addition, the smallest boost in regular demand causes the generators to quit immediately. 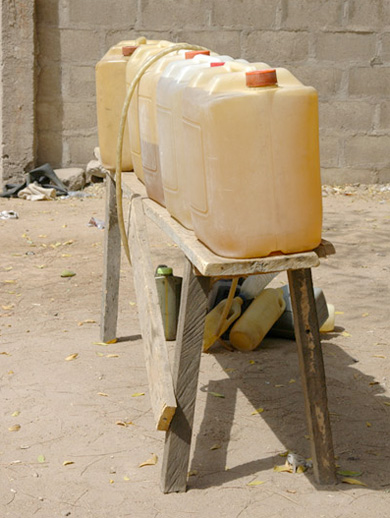 So what is the solution? I have spoken to many top officials in the Kano State government over the past year – including the directors of planning, land management, commerce and industry – and to a man (I didn’t see women in government to offer their opinions), they agree that solar solutions would be the perfect answer. Clean, quiet, scalable solar power implemented on a large scale, would free local businesses from a never-ending cycle of power outages, high fuel costs, equipment failures and maintenance problems.

The government has money to spend on large-scale infrastructure improvements, and a sincere wish to solve the energy debacle.. The answer is a political one, and the will to take action must be summoned by the local, state and federal governments. With no additional power sources on the horizon – and the population increasing – the time to act is now.